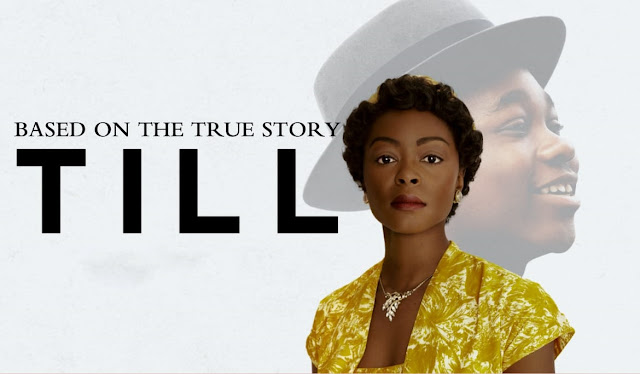 Based on the true story.

Till is a profoundly emotional and cinematic film about the true story of Mamie Till-Mobley's relentless pursuit of justice for her 14 year old son, Emmett Till, who, in 1955, was brutally lynched while visiting his cousins in Mississippi. In Mamie's poignant journey of grief turned to action, we see the universal power of a mother's ability to change the world.

Danielle Deadwyler has won multiple awards for her portrayal of the courageous and dedicated mother, Mamie Till-Mobley. Shown in honour of Black History Month!

This film showing is licensed by AUDIO-CINE FILMS, INC, Montreal.

SEE YOU AT THE MOVIES!

Where is the theatre?

If you have questions or suggestions for future movies contact Sandi at: sandi.rideout@gmail.com We hope you find this site helpful and enjoy the movies. See you there!